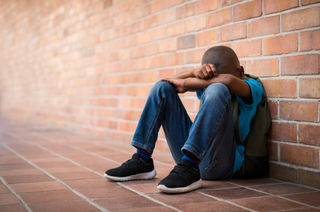 In the musical, Guys and Dolls, Adelaide reads a psychoanalytically tinged medical textbook and concludes, “In other words, just from waiting around for that plain little band of gold, a person can develop a cold.” This is the basic tenet of somatic medicine: intense negative emotion can cause physical illness.

Black Americans have greater prevalence and earlier onset of disability and chronic illness, as well as significantly lower life expectancy, than any other ethnic group in the US (Williams, 2012). This has traditionally been explained as resulting from unhealthy diet, lack of exercise, and stress of economic disadvantage. New research supports a direct link between racism, especially when experienced in childhood, and life-threatening illness.

Jean-Martin Charcot and Sigmund Freud were among the first to observe how repressed traumatic memories affect the body, leading to physical illness. Freud called this the “puzzling leap from the mental to the physical.”

During World War I, Freud’s ideas about emotional origins of physical symptoms were applied to shell-shock and other “war neuroses,” now called post-traumatic stress disorder. When soldiers displayed symptoms of paralysis, muscular contracture, or loss of sight, speech, and hearing which had no organic bases, Freud recommended looking for repressed trauma.

Arline Geronimus, a research professor at University of Michigan’s Population Studies Center, posits a “weathering hypothesis” of elevated rates of illness among Black Americans as a physiological response to structural barriers and daily slights, stereotypes, and other threats to one’s identity that comprise the Black experience in America.

If so, a strategy that may work for white people does not significantly improve health issues faced by Black Americans. As the latter attain higher levels of education and access to professions that were once closed to people of color, they often face new and more subtle types of discrimination. Affluence offers no protection against enforced segregation in a racist society.

A recent study (Simons et al, 2018) published in Developmental Psychology compares the weathering hypothesis to the traditional socioeconomic standing (SES)/risk factor hypothesis regarding health inequities in Black Americans. The latter assumes the remedy for poor health in Black Americans is improving socioeconomic standing and accounting for factors such as diet, exercise, and smoking.

The recent study looked at elevated systemic inflammation, a strong predictor and suspected cause of chronic illness and mortality in all ethnic populations, as a possible factor. Using data from the Family and Community Health Study, collected over a 20-year period from over 400 Black Americans, they investigated the extent to which exposure to discrimination and enforced segregation at various points in the life course predicted inflammation at age 28.

They found the effects of discrimination and enforced segregation, particularly when experienced in childhood, were significantly greater than that of traditional health risk factors such as diet, exercise, smoking, and low SES. While addressing SES/risk factors is important, the study suggests it is insufficient, as the impact of exposure to racism during childhood is a powerful predictor of serious, chronic, life-threatening illness in adulthood.

Psychotherapy can help reduce the stress of racism

This vignette, related by my colleague, Dr. Anton Hart, illustrates how talking about racist interactions can detoxify and alleviate the potential for trauma. Processing the racist event with a therapist, rather than “moving on” from it, makes it less likely that the trauma will be stored in the body, leading to physical symptoms.

A 20-something African American woman came late to her session, in a tearful, sweaty state. She had been shopping prior to her session and realized the long wait would make her late for her session. She had put her items back and was walking out of the store when she was stopped by a security guard.

After first protesting being stopped, she realized things might get worse if she failed to cooperate. They searched her backpack and, without apology, allowed her to go on her way.

“He actually put his hands on my body as if he was entitled to!”

The patient wanted to quickly move on from this upsetting incident but I gently urged her to stay with it.

“They already barged in on your session by stopping you, scaring you and on top of that, making you late,” I said, “So, I think, we might have to talk about what happened in order to get them out of here.”

What bothered her most was when the security guard detained her. He kept saying he did not believe she had anywhere more important to go; that as a “black girl,” an intimidating detainment experience was something she obviously had time to spare for.

I said, “Of course not; black people idle ‘cept when we is stealin’,” which we both laughed at, a kind of laugh that quickly migrates into a feeling of tearfulness after a moment.

Dr. Hart observes that psychotherapy can address and alleviate the trauma of racism particularly when the therapist is prepared to recognize the significance of such trauma.

What can be done to counteract the effects of “weathering”?

Racism is a public health issue. There are actions that could be taken that would mitigate and protect people and need to be addressed.